The Rustic Temple appears to be an exercise in cyclopean stone masonry. Having large stones that form four of its walls which have been shaped so that they closely interlock without the need for mortar. It is roughly half of an octagon with the rear wall in stone and mortar. It is thought that the building originally had a roof and a stone flagged floor and was plastered out inside. It may have been somewhere for esteemed visitors to rest or perhaps shelter from a rain shower or to cool down in quiet contemplation during their walk. There is a stone niche on the rear wall which one could speculate may have housed some form of religious artefact. The Aislabies created other temples at Studley Royal one dedicated to Hercules but there is no record of the Rustic Temple being dedicated to anyone. 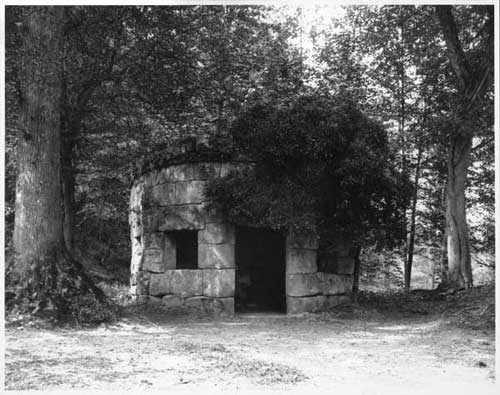 The Rustic Temple underwent a programme of consolidation work in 1996 which ensured that the basic structure remained. 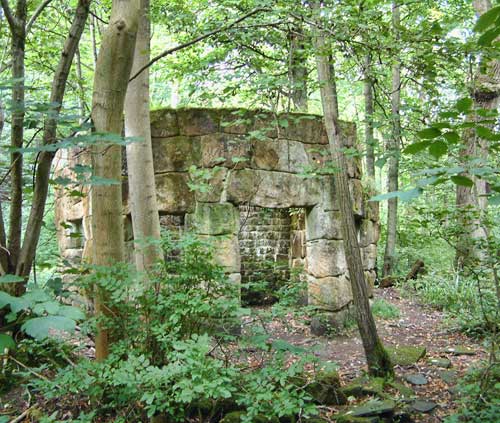 Some commentators have suggested that it was used to house machinery involved in the fountain but this seems unlikely as it is at the wrong side of the pond from where any sluice or valve would be positioned. More likely is that the metal fountain spout was stored in here when it was removed for repairs or just for safe keeping. 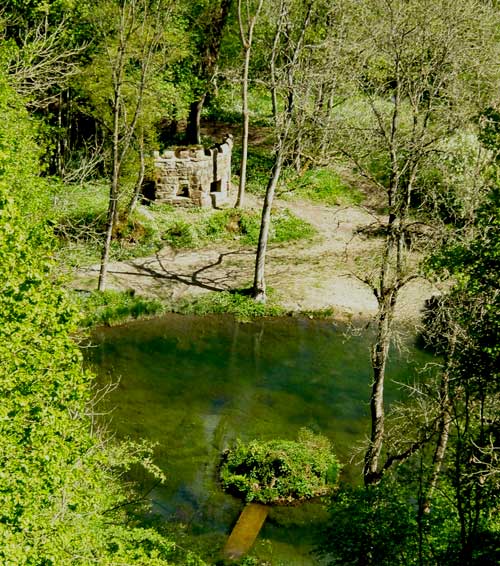 The Rustic Temple is very close to the pond and fountain but unlike the grottos such as Sandbed Hut, The Grotto and Kent’s Seat does not direct the visitor to a particular view. It is therefore more likely to have been provided for visitors to rest and cool down. 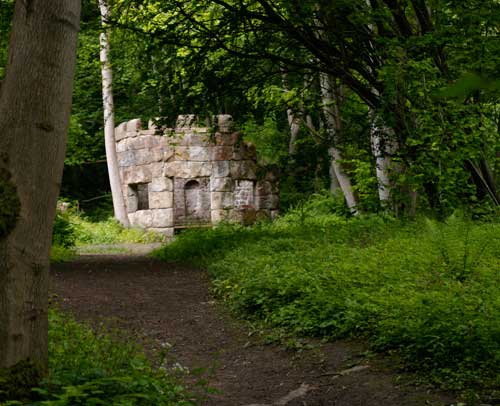 The 1996 consolidation work left the crenulation stones lying about. More recent work has completed the walls and cleared undergrowth from around the building. There are no plans to replace the roof.